Stroke – Finding a safe place to talk about it 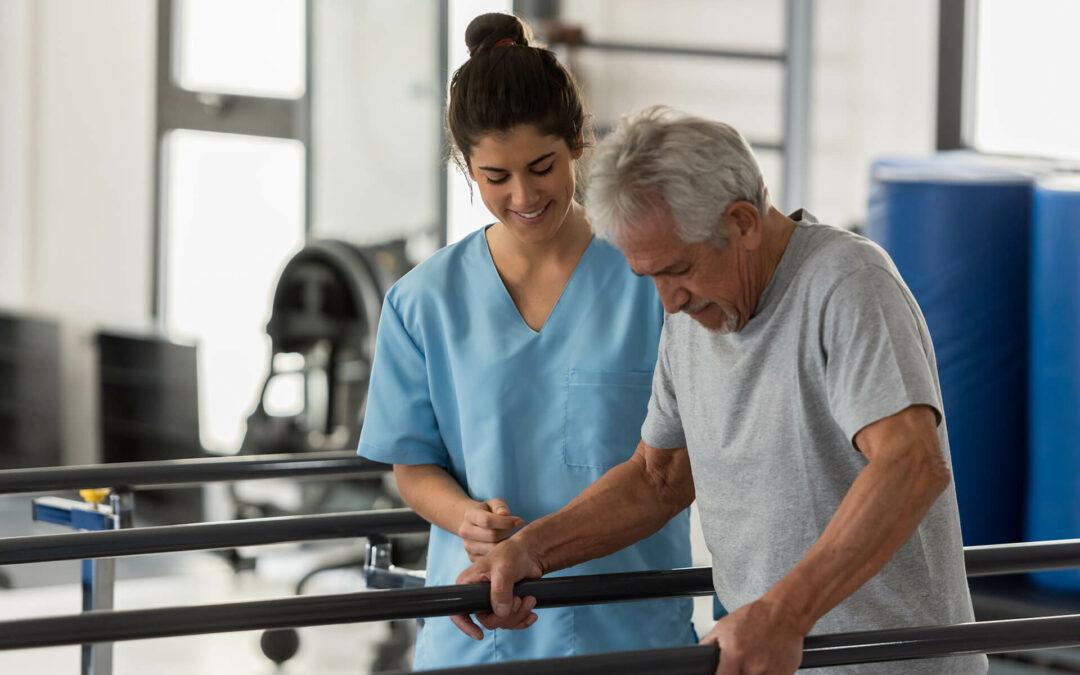 Mr L was admitted to Askham Village Community for a period of rehabilitation following a stroke.

Mr L previously had a career in the prison service and was completely independent in all aspects of daily living and lived at home with his wife and daughter. Upon arrival, Mr L was wheelchair bound, required assistance of two for personal care, transferred using a mo-lift with the assistance of two and had dense left sided weakness in both upper and lower limbs. Mr L also had some difficulty with word finding, memory, concentration and was emotionally labile, meaning his emotions could change very quickly with little warning; this mostly presented itself as tearfulness to laughing in a short space of time.

Mr L engaged in Physiotherapy, Occupational Therapy, Psychology and Speech and Language Therapy. During the first week of Mr L arriving at Askham, he began walking in the gym with the assistance of one. During the second week, Mr L was discharged from Speech and Language Therapy as there was no clinical need for further input as Mr L was able to adopt word finding strategies independently.

Mr L began attending the Understanding Brain Injury group, which gave him an opportunity to talk about his difficulties with other peers who had been through a similar experience. After a few weeks of attending the group, Mr L described it as giving him some “hope”, and felt that having a safe space to talk openly about his stroke, with therapy staff and other clients really helped him in coming to terms with what had happened and made him more motivated to improve. This in turn reflected in his progress made during Physiotherapy sessions as Mr L was now walking independently with a walking stick.

Improvements were also noted in Mr L mood and emotional liability, especially when he began going home to visit his wife and young daughter.

Mr L was quickly walking independently without a stick, attending fully to his own personal care needs, completing all transfers independently, able to go up and down stairs with just the assistance of a hand rail and was making himself snacks and drinks in the kitchen without support.

Mr L returned home to his wife and daughter, with continued support from community Physiotherapy and contacts to Headway. Mr L stated that Askham Village Community had given him his life back as well as the motivation he needed to get back to work, in whatever capacity that may be. He also learnt to minimise the impact that stroke had on his life.