Mother of three back on her feet thanks to specialist rehabilitation 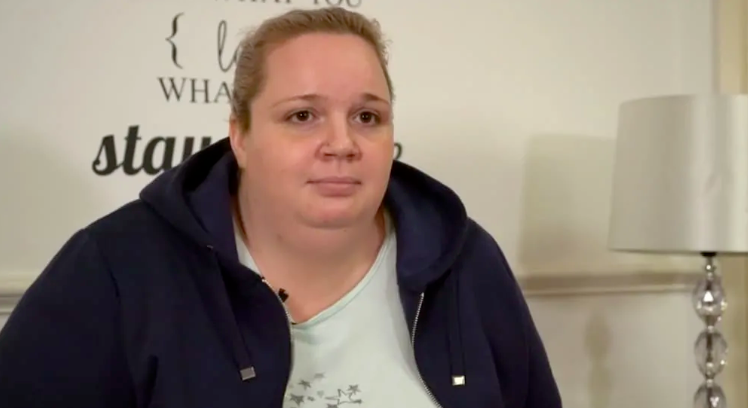 A mother of 3 from Waltham Abbey, Essex, is back on her feet and back amongst her family this Mother’s Day thanks to extensive rehabilitation from Askham Court, a specialist Neuro Rehab Unit in Cambridgeshire, and part of Askham Village Community.

Following a serious road traffic accident, Louise Waller suffered multiple injuries, including a pneumothorax, severe pelvic fractures, which included a fractured acetabulum, while also suffering a fracture to the femur and fractures to both lower limbs – injuries that left her severely incapacitated.

As part of Louise’s initial hospital treatment, the pneumothorax required a lobectomy, while the pelvic injuries needed multiple pins, with the tibia and fibula in both of Louise’s legs also requiring open reduction internal fixation.

In addition to her physical injuries, Louise was also suffering from PTSD, which included extreme anxiety at the prospect of increased mobility.

During her initial emergency treatment, Louise was admitted to multiple hospitals, but, while performing the appropriate surgeries to fix the fractures, the medical staff were unable to provide the level of rehabilitation required given the extent of Louise’s injuries. Unable to sit up, doctors even told her there was a good chance she’d never be able to walk again.

As a mother to 3 young children, the immobility caused by Louise’s injuries was significantly affecting her ability to parent – a situation that exacerbated her mental health problems. In order to try and achieve some semblance of a normal family life, specialist help was required.

Consequently, Louise turned to Askham for its high quality, specialist care, arriving there in early September, 2019.

The wider entity, Askham Village Community, is made up of 5 distinct units, each of which specialises in a different area of rehabilitation and/or care.

One of the units within the community is Askham Court, a facility that’s focused on getting patients who have suffered a trauma back to work or home as soon as practicable, specialising in neurological conditions and particularly suited to supporting dual diagnosis or complex cases.

It was Askham Court where Louise commenced her rehabilitation, with her rehabilitation plan delivered jointly by the Clinical Lead Sara Neaves, a physiotherapist and the Lead Nurse, Bev Contaoi – both specialists in neuro.

Speaking of Louise’s injuries, Sara said: “Louise was involved in a road traffic collision which left her with multiple Orthopaedic injuries, predominantly around her pelvis and her lower limbs. This meant that Louise was in bed for around eight months due to the required surgery and other complications. When she came to us, she was completely bedbound, and could only move her arms.”

Sara continued: “Louise’s goal was to get back to being a mum to her children. She hadn’t been home for eight months and wanted to walk through that front door, which included a 4-inch and a 6-inch step. Having been non-weight-bearing for eight months we knew that was going to be a challenge.”

To achieve Louise’s goals, the team at Askham looked to deliver individualised, patient-centred care – an approach that permeates throughout Askham’s offering and is engrained in its wider ethos.

To determine the best approach, the multidisciplinary team looked at the goals in detail, pinpointing what was needed. The requisite process involved a mix of therapies:

These therapies were delivered using the full range of Askham Court’s capabilities, including its rehabilitation team, nursing care, and all members of the multidisciplinary team.

The prescribed treatment included two to three sessions a week in the hydrotherapy pool, supplemented by further sessions of dry land activity, utilising the gym and sensory gardens.

Louise’s mental health and emotional wellbeing was helped by Askham’s rural location, with its 7-acre site surrounded by verdant Cambridgeshire countryside. The outdoor facilities include Askham World Gardens, which deliver horticultural therapy through their peace and tranquillity.

Louise said of her treatment prior to arriving at Askham: “The hospitals I was at before I came to Askham didn’t deal with me well. I received hardly any physio, so the rehab properly started when I arrived at Askham. I was told I might not be able to walk again before arriving, but since being here I’ve started to achieve things that might not have been able to ever happen. They push you to what you can do and have supported me all the way through. I’ve learnt to sit and stand up for myself, and have become more independent; being able to do all the little things you take for granted.”

Since beginning her treatment, Louise’s condition has vastly improved. From learning to sit up, and then being able to stand, Louise has progressed to the extent where she is now home with her children, mobilising with a frame and able to move around the home independently, while also able to take assisted steps.

Reflecting on her treatment, Louise was effusive in her praise, saying: “Thank you for giving me my life back and for giving my kids their mum. I owe Askham a lot and if it wasn’t for them, I don’t know where I’ll be. They’ve supported me both physically and mentally. I’ve been away for ten months and have three kids at home who need their mum. I’ve almost reached my goal of being able to walk again; home is not far away now. I can’t thank Askham enough.”

Sara Neaves also commented on the success of the treatment, reflecting on the rewarding element of a job well done: “Louise’s journey was incredible. From the moment she arrived she was motivated, but, what I wasn’t expecting, was to get a real sense of personal reward from Louise. As a mum myself, actually trying to put myself in her position, I was imagining what that feels like. It’s quite difficult and emotional.”

You can also find this amazing story here.

Askham Village Community is a specialist rehabilitation and care community situated on the edge of Doddington, between Peterborough and Cambridge. A family business of over 30 years, it provides specialist care and rehab for the very young to the elderly, offering day visits, respite or long-term care, goal-focussed rehabilitation, and continuing reablement support.